Liz Perrin has been working at the Atwater Library for over ten years. Having started as a volunteer at the circulation desk, she is currently CONNECT’s coordinator. CONNECT is a project that seeks to promote digital literacy for seniors.

Perrin likes to read fiction books from various genres, such as fantasy, adventure and Sci-Fi. She particularly enjoys stories that convey some message or critical thinking through the plot. She usually finds new books to read by asking for recommendations from friends and family.

Perrin’s favourite books are Jonathan Livingston Seagull by Richard Bach (New York: Avon Books, 1941) (from her own collection) and The Hidden Life of Trees by Peter Wohlleben (New York: HarperCollins Publishers, 2016) (from the Atwater Library collection).

In Jonathan Livingston Seagull, Bach tells the story of a bird learning to fly, and the self reflection he has about life along his journey. Perrin read this book for the first time when she was a teenager. This book helped her during her transition from adolescence to adulthood. Because of this story, Perrin could understand that it is okay to not have all the answers for life and it is important to keep asking questions and figure them out along the way. Although Bach had originally published this book in 1970, Perrin believes that the book’s message is timeless. 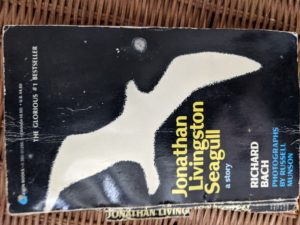 In The Hidden Life of Trees, Wohlleben affirms that the forest is a social network, and compares its behaviour with human social interactions. He explains the processes of life, communication, death, and regeneration he has observed in the woodlands. For Perrin, understanding how trees communicate and live with each other compelled her to think about the role every person plays while living in society. According to her, it is important to think about how she can help others to thrive while she is also growing. 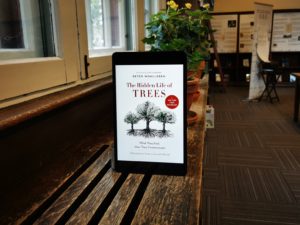