Soderstrom reads all kinds of books, as she is curious about everything. To find new books, she reads book reviews at the New Yorker. To choose the books for the book club, she looks at all bestsellers lists and asks for recommendations from friends.

Soderstrom’s favourite books are Little Women by Louisa May Alcott (Massachusetts: Robert Brothers, 1868) (from her own collection) and Anna Karenina by Leo Tolstoy (New York: Penguin 2002) (from the Atwater Library collection).

In Little Women, Alcott tells the story of four sisters whose father is in the Union Army during the American Civil War. While waiting for the father to return, these girls learned with their mother lessons on how to do things properly and how the world should be better. Soderstrom received this book for Christmas when she was eight years old. It was the first chaptered book she ever read on her own. For her, this book was informative in terms of political and moral ideas. 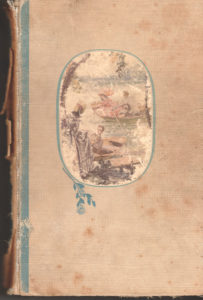 In Anna Karenina, Tolstoy deals with themes of faith, family, desire, betrayal, the Imperial Russian society and the differences between rural and city life. Soderstrom read this book for the first time when she was about 19 years old. She started reading it for a class focusing on 19th-century novels during her undergraduate degree in English. However, she only finished reading the story in 2016, when she added the book to the book club list. For her, this book presents a window to a different society in the past, where women at that time had no power. 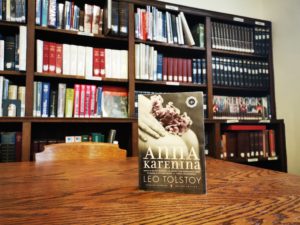