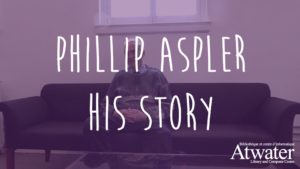 Philip Aspler – Aged 93. Oldest active member of the Westmount Y i.e. still swims there twice a week. Has been an area resident for his entire life. Lived in area between Bishop Street and Victoria in Westmount. Born Women’s Hospital in 1924 (renamed theHerbert Reddy hospital in 1946).Once lived overlooking Montreal Baseball field aka Atwater Park. Was a twin; his brother was killed in 1944 in WWII in France by so-called friendly fire and buried in Europe. Father died in 1929 when his sons were 4 years old. Father was the eldest of 4 brothers; his uncles were the father figures in his life. He owned and worked in antique store in Westmount for 20 years. Had two children, son in the military, now retired, a military chess champion, daughter a nurse in the Montreal Children’s hospital at Atwater then made the move to the Glen campus where she now works.